Everything You Wanted To Know About Bleeding Gums 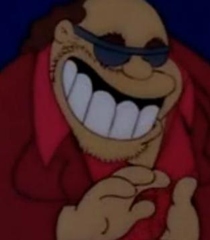 It’s never a great moment when you notice traces of blood in the sink after brushing or flossing. The source of this blood is usually your gums. Bleeding gums can have many causes, some of which are temporary and some of which need a little more attention. In this post, we’re going to details what causes bleeding gums, what you can do about it, and when it’s time for you to visit a dentist.

Gingivitis is the most common cause of bleeding gums. It is the first stage of gum disease and results from not brushing or flossing your teeth regularly. When you neglect your oral health, plaque, containing bacteria, builds up on your teeth. This bacteria spread, irritating your gums which is what causes them to bleed.

Thankfully, early stages of gingivitis can be reversed with good brushing and flossing habits as well as regular visits to the dentist.

Some medicines can increase the likeliness of your gums to bleed. Common medicines including blood thinners, like Tylenol, are especially likely to cause bleeding.

Changes in hormones can affect your entire body and your gums are no different. Pregnancy gingivitis can lead to swollen and sensitive gums that may bleed after brushing or flossing. Symptoms should clear up after pregnancy.

A new toothbrush with firmer bristles may cause your teeth to bleed. Your gums may also be irritated if you are brushing too hard.

Changes in flossing habits can also be the reason for bleeding gums. Whether you start flossing more often, or simply skipped a few days, changes in this routing can cause irritation and you may notice some bleeding. Once your body readjusts to the (good) habits, the bleeding should cease. This shouldn’t take longer than about a week.

What You Can Do About Bleeding Gums

There are several steps you can take to sooth your gums if they have started bleeding recently:

When to See a Dentist

If you start practicing good habits, for example by brushing and flossing twice a day, your teeth may stop bleeding on their own.

If your teeth bleed continuously, for example after every time you brush your teeth for a few weeks in a row, it might be time to visit the dentist.

Other signs of gum disease that would warrant a visit to the dentist include:

If you notice any of these signs or experience any of these symptoms, you should consult with a dentist as soon as possible. Gum disease is reversible but only if you catch it in its early stages.