A Look Back: Dentistry Through The Ages 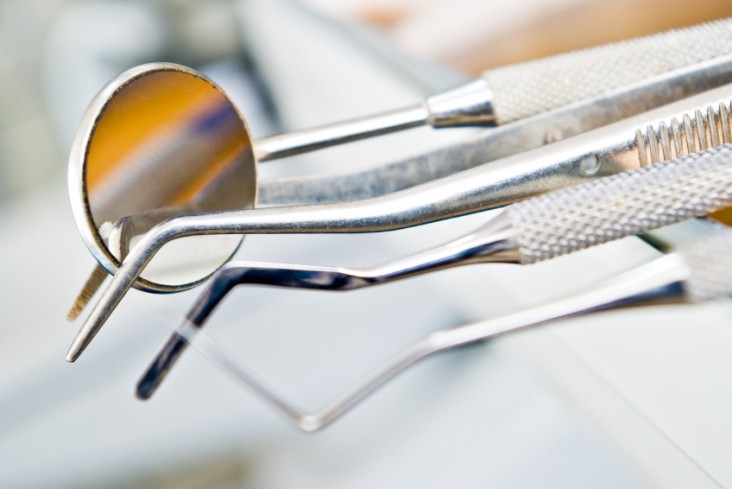 From humble beginnings, the practice of dental science has rapidly advanced over the ages. We take a look at how far we’ve come.

Though there is some evidence dating as far back as 5000 B.C that suggests people were aware of tooth decay, the earliest known reference of a dental practitioner comes from 2600 B.C. An inscription on the tomb of Hesy-Re, an Egyptian scribe often credited as the first “dentist” includes, “the greatest of those who deal with teeth, and of physicians.”

From 500 – 300 B.C., Hippocrates and Aristotle write about dentistry, including eruption patterns of teeth, the process of treating decayed teeth and gum disease, extraction, and using wires to stabilize loose teeth and fractured jaws.

From 166 – 201 A.D., there is evidence of the Etruscans (of ancient Italy and Corsica) practicing the use of dental prosthetics using gold crowns and fixed bridgework.

One of the first mentions of the use of silver paste, a type of amalgam used for fillings, comes from a Chinese medical text.

Five hundred years later in France, the Guild of Barbers is established. During the Middle Ages, barbers were expected to do anything from cutting hair to amputating limbs. Eventually, barbers evolved into two groups – surgeons who are educated and trained to perform complex surgical operations, and lay barbers, or barber surgeons, who performed more routine hygienic services including shaving, bleeding, and tooth extraction.

In 1530, the Little Medicinal Book for All Kinds of Diseases and Infirmities of the Teeth, the first book devoted entirely to dentistry, is published in Germany for barbers and surgeons who treat the mouth.

Ambrose Pare, who is considered the father of surgery, publishes his Complete Works in 1575, which includes practical information about dentistry, such as tooth extraction, and treatment of tooth decay and jaw fractures.

A Profession is Born

The practice of dentistry continues to evolve over the years until the 18th century, when Pierre Fauchard, a French surgeon, publishes The Surgeon Dentist (Le Chirurgien Dentiste) in 1723. Fauchard is credited as the Father of Modern Dentistry, as his book was the first to describe the comprehensive system for the practice of dentistry including basic oral anatomy and function, operative and restoration techniques, and denture construction.

In 1760, John Baker, the earliest medically-trained dentist to practice in America, immigrates from England and sets up his practice.

Known more outside of the dental industry for his role in alerting the American’s to the British invasion, Paul Revere placed an ad in a Boston newspaper offering his services as a dentist between 1768 and 1770. He is also responsible for the first known case of postmortem dental forensics, after he verified the death of his friend, Dr Joseph Warren, when he identified the bridge he had constructed for Warren.

Things move quickly over the course of the 19th century. In 1825, Samuel Stockton begins the commercial manufacture of porcelain teeth.

From 1833, the Crawcour brothers from France introduce amalgam filling material in the United States. Their unscrupulous methods spark the “amalgam wars”, a bitter controversy within the dental profession of the use of amalgam fillings that continues to this day.

In 1839, the world’s first dental journal, the American Journal of Dental Science, begins publication, and Charles Goodyear invents the vulcanization process for hardening rubber, which is adopted for use as a base for false teeth.

The world’s first dental school, the Baltimore College of Dental Surgery, is founded by Horace Hayden and Chapin Harris in 1840. They also establish the Doctor of Dental Surgery (DDS) degree.

The collapsible metal tube revolutionizes the toothpaste manufacturing industry in the 1880s. Previously only available in liquid or powder forms, usually made by individual dentists, tube toothpaste is mass-produced in factories, mass-marketed, and sold nationwide. Within 20 years, it becomes the norm.

X-rays are discovered by German physicist Wilhelm Roentgen in 1895, and in 1896, C Edmond Kells takes the first dental x-ray of a living person in the U.S.

The dental industry benefited from countless advancements in technique and technology over the course of the 20th century.

Alfred Einhorn, a German chemist, formulated the local anaesthetic procain, in 1905. Today we know it as  Novocain.

In 1913, Alfred C Fones opens the Fones Clinic for Dental Hygienists in Bridgeport, Connecticut, the world’s first oral hygiene school. Most of the 27 women graduates of the first year are employed by the Bridgeport Board of Education to clean the teeth of school children, which greatly reduced the incidence of cavities among these children. Dr Fones is the first to use the term “dental hygienist,” and becomes known as the Father of Dental Hygiene.

The first nylon toothbrush, made with synthetic bristles, appears on the market in 1938, and the first fluoride toothpastes hit the market in 1950. The first commercial electric toothbrush, developed in Switzerland after World War II, is introduced in the United States, followed by a  cordless, rechargeable model in 1961.

In 1989, the first commercial home tooth bleaching product is marketed, followed closely by new tooth-colored restorative materials, plus increased usage of bleaching, veneers, and implants in 1990, which inaugurates an era of esthetic dentistry.